The graceful return of the tea cup.

The graceful return of the tea cup. 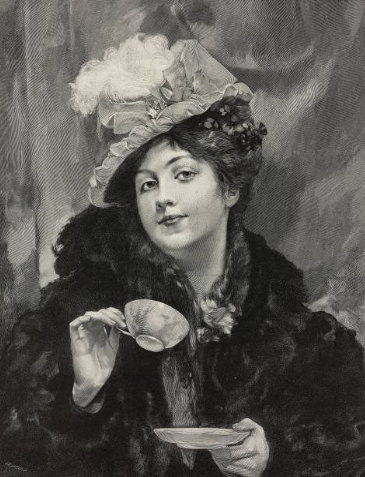 To hugga mugga or coax a cuppa?  That is the question here.

My dad operated a liquor trade magazine for decades and considered himself as much an expert on potent potables as he was on photography.  Had my dad ever been served Chardonnay in a pint glass, an uproar would have ensued about respecting the winemaker and the vintage by serving the beverage in an appropriate vessel.

Such is the case with tea.  While most would understand dad's chagrin at not wanting his wine served in a glass intended for ale, the arrival of Keurigs and Tassimos to kitchen counters everywhere has made many accustomed to drinking their tea from a mug.  After all, despite convention, from a practical point of view, it requires far fewer trips to the brewer and makes maximal use of the pods to brew one 16-ounce mug of tea versus two standard 8-ounce cups. 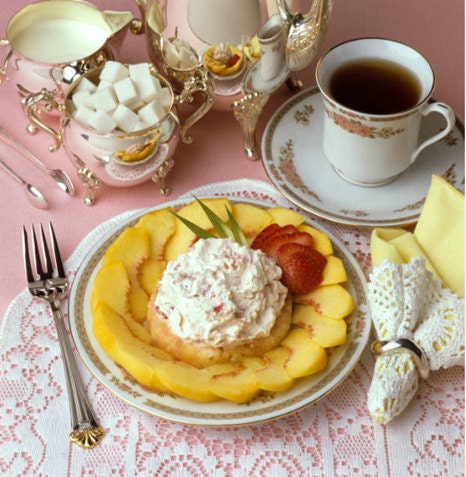 As the Emily Post Society writes though, "Drinking tea is often a shared experience and comes with certain etiquette implied that sets the learned apart from the non-learned".  All manner of customs and questions arise from the drinking of tea ranging from the debate over pinkies out, the proper size of a teaspoon, to the use of bagged tea versus loose with a strainer involved.  And that is just the tip of the teaberg, as it were.

On the specific matter of the appropriate cup to use for tea, Golden Moon, a current producer of high-quality teas, says the wrong cup can, in fact, ruin your whole tea experience.  Golden Moon tells us that, while your teacup may seem like a personal preference, there are three important factors that will make a difference in how your tea tastes.

The inside of the cup should be as smooth and non-porous as possible.

If the inside surface of the teacup is porous (riddled with tiny pores, just like skin), the cup itself will absorb and retain the different flavors and aromas through these pores. But, if the inside bowl of the cup is smooth and dense (non-porous), those same flavors will remain in the tea and the aroma will escape out the top of the cup. Hard porcelain and bone china are ideal companions for tea because of the density of the material.

The lip of the cup should be as thin as possible.

As in drinking fine wine, a thick rim on the vessel draws the attention of the palate away from the contents to the vessel itself.

A handled, porcelain or bone china cup is always best for tea.

Not only does it look pretty and elegant to use a cup and saucer, it also allows one to raise the proverbial pinkie!  And, the handle (which a mug likely has) means you do not have to hold onto a hot surface while enjoying the brew.  One thing the mug doesn't have is a saucer and, it is there for a reason.  The saucer allows for catching of any spillage that may occur from stirring milk or sugar into the tea. 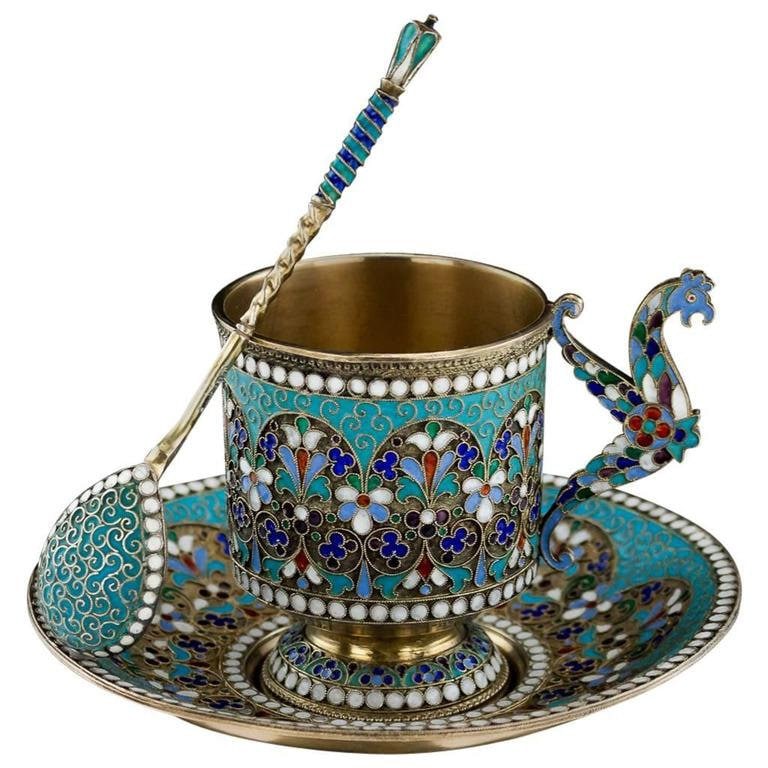 For me, there is nothing as aesthetically lovely as a table set for high tea displaying lavish cups and saucers, set amidst gleaming silver flatware.  After all, you wouldn't serve the luscious cakes and pastries you're offering your guests on a melamine plate with plastic cutlery, right?  So, why ruin the age-old tradition of the luxurious cup and saucer by replacing it with the clunky mug?  While it may be more pratical, it is far less elegant overall and in fact, can spoil the enjoyment of the beverage completely.

Groovy is the operator of the online vintage department store BuyfromGroovy and operates both at www.buyfromgroovy.com and within the Etsy marketplace as BuyfromGroovy where the shop is typically an Etsy Top 1% performer in its category.

Previous Post How to use those orphaned tea cups and saucers? The art and beauty that can be created from orphan cups and saucers.
Next Post A unique and beautiful tablescape with vintage mis-matched china.
0 items in your cart